IS TALKING ABOUT SEX ON NATIONAL RADIO GOOD FOR SOCIETY?

Are the raunchy sex talks on national radio good for our society? 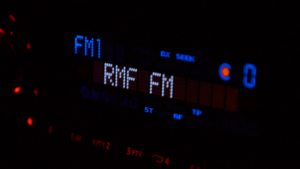 You are in a matatu in the morning heading to work. The radio is on. A popular morning talk show is happening and the two hosts (let’s call them Mr protagonist and Mr antagonist) announce the morning’s debate question. To no one’s surprise, it is something salacious about sex. They set up the discussion and then invite all and sundry to call and contribute. One call after another comes in with people spilling generous amounts of seedy information on sexual matters. Mr. Protagonist encourages more divulgence with audible gasps of shock and the occasional ‘ehe’. Mr. Antagonist is on the opposite side of the debate so as to coax the fires of controversy and keep the debate raging. Humor is employed to paint mental pictures; E.g. metaphors about the size of islands used as allusions to parts of the anatomy. Some instances are so funny, the whole matatu ‘congregation’ chuckles in chorus at some ‘well delivered’ quip about sex. There are points at which you shift about nervously at the obscenity but something in you likes it and quietly longs for more.

Let’s face it, as a society we like it. That is why the ratings on these shows are so high. Sex sells and we’re clearly buying in bulk. But are the raunchy sex talks on radio good for our society? Are we better off today with our regular morning catharsis on sex? Is our moral fabric stronger?

It is said that these talk shows are like mirrors and that all they do is ‘reflect’ what is already going in our society. But is that true? Are they merely mirrors or are they also more than that?

It is true that many of the things ‘revealed’ on these shows were already happening in society. Otherwise they wouldn’t have begun talking about them. However, for the most part, they happened in the fringes of society. They were anomalies. Many people were largely unaware about them. They were spoken of in hushed tones and had social stigma attached.

What the talk shows have done by talking about them is slowly but surely move what was in the fringe to the mainstream. Through the shows’ wide coverage, the moral vomit of one small sector of society has spread out over larger sectors of society. What first began as shocking and appalling slowly becomes acceptable and even entertaining. The overall subliminal effect is that immorality is normalized and even encouraged.

So yes, the talk shows do reflect what is happening but they also spread it out and make it bigger. By telling us the kinky stuff some of us are doing, they also unwittingly educate and equip more of us to do some kinky stuff. It turns out that the immorality mirror is also an immorality magnifier.

By talking about it, they are also catalyzing it.

But that only solves the immediate problem. Unfortunately, there is a bigger reality at play here. Even if one sanitizes their personal space, they will still have to live, date, marry, parent and work in a culture shaped (in part) by these talk shows. The more warped that culture is, the more challenging their life becomes. Dating, marriage and parenting in such a culture will become all the more difficult.  2 Peter 2.7-8 tells us about righteous Lot being vexed by the wickedness around him. Though Lot’s personal space was clean, yet the culture around him was filthy. This affected him and his family. (Later his daughters contrived and committed incest; evidence that the culture in which they grew up did have a negative effect on them)

Even if one sanitizes their personal space, they will still have to live, date, marry, parent and work in a culture shaped (in part) by these talk shows.

The great irony is, we howl about how hard it is to have meaningful relationships in our culture whilst simultaneously entertaining the very influences that make our culture so. Do we not owe it to ourselves and our children to reflect on these issues?

Am I saying that we should not talk about sex? Certainly not! But I am saying that there is an appropriate setting and tone in which to do so.

There is a way to talk about sex that is destructive and a way that is constructive. Does anyone really believe that what we hear on morning radio is constructive? Entertaining, maybe, Titillating, yes- but constructive? I think not. Glorifying sexual deviancy on such a national platform may help rake in the bucks but it will not build the society.

The price to be paid

Just think about the impressionable high school kids who are listening to this stuff; what sort of men and women do you suppose they will turn out to be? Something eventually has to give.

What began as a stream of moral sewage has steadily gathered force and will at one point become a flood that will drown many.

There is a price to be paid when a society untethers the reins of its moral fibers. It degenerates into something ugly. The talk shows are not solely to blame but they have played a role in this. To use a Biblical expression, we will reap what we have sown. (Gal 6.7)

But the ultimate price stretches beyond this life and will follow us into the next one. As time moves forward, the judgement of God draws near. No one is getting away with anything. God will one day hold all of us to account; the talk show hosts, listeners and contributors will all have to face God. (Rev 20.12).  This is a frightening reality which must never be set aside.

There is only one way of safety for the parties involved- turning from sin and trusting in Jesus Christ for salvation.

What about the Christian, do they have a role here? Let us be more active in voicing our concerns and supporting efforts to bring about responsible media content. This will look different for different Christians, but let us not forget that we are the salt of the earth and the light of the world. (Matt 5.13-16)

← FOUR WAYS TO KNOW YOUR RELATIONSHIP WITH CHRIST IS GROWING IN 2017 Kingdom Skaters:What you missed out on… →

3 thoughts on “IS TALKING ABOUT SEX ON NATIONAL RADIO GOOD FOR SOCIETY?”